Everyone knows there are invisible cities. Sure, there are the obvious one with street corners and steps and shopfronts. But then there are the spots and the patterns only some people know.

Somehow drug people know that the corner of Church St. and Market St. works well for them.

Johns know where to find hookers to their particular tastes.

Cops know where they can pick off speeders.

And there are the cities that live only in memory. When I go to neighborhoods I lived in I can feel the ghosts, remember the parties.

Out my office window now I overlook where I flew off a motorcycle and broke my collarbone, about 25 years ago. Nobody would know but me. 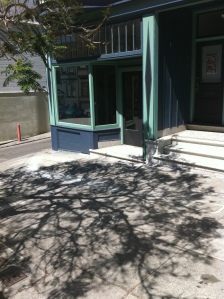 In front of my old apartment in North Beach an old man, Peter Macchiarini, once showed me where he was standing when he heard about the bombing of Pearl Harbor, and he told me the curse he’d said. To this day when I walk by that spot I too remember Pearl Harbor and I remember Peter.

Here’s a spot with a past: A banal parking lot for a banal apartment complex in Berlin. 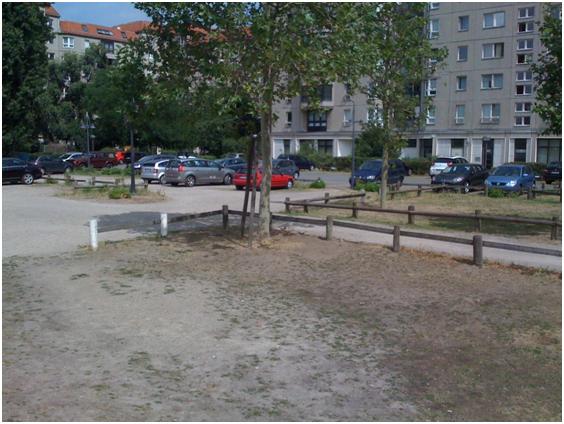 Underneath: the site of the bunker where Adolph Hitler hid for the last two weeks of the war before marrying Eva Braun and killing himself.

Under our feet, a world of wonders.

“Is it possible, after all, that in spite of bricks and shaven faces this world we live in is brimmed with wonders, and I and all mankind, beneath our garbs of commonplaceness, conceal enigmas that the stars themselves, and perhaps the seraphim, cannot resolve?”