If you take a moment to think about the city of the future you might picture some Flash Gordon fantasy, Fritz Lang’s Metropolis or the Jetsons. Or Blade Runner-era LA.

They’re good settings for nightmares, the Cities of Tomorrow, from Brasilia to Metropolis to Corbusier’s slabs. 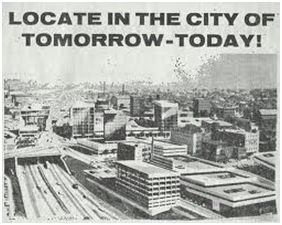 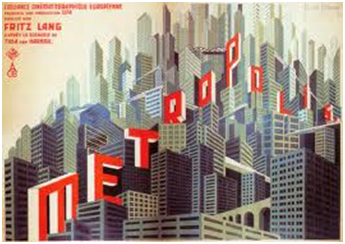 But it’s hard enough to picture the city of today, much less tomorrow’s.

For most people in cities, it’s not like the romantic favorites of New York, Paris, or London or even the golden oldies of Jerusalem, Rome or Cairo. 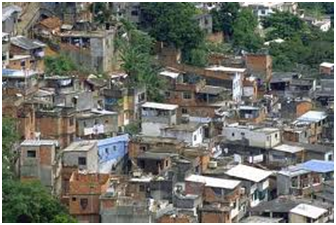 For many of these new urbanists, the reality looks more like this, a town of shacks, called favelas, in Sao Paulo, Brasil.

It’s worthwhile to wonder about the City of Tomorrow because by 2030 60% of the world – almost 5 billion people – will live in cities – double what it is today. At the beginning of the 20th century, 220 million people lived in cities. At the end of the century 2.8 billion did.

(These figures are from the United Nations)

Here are some of the biggest cities in the world. I picked these because I’d never heard of any of them:

Turns out the City of Tomorrow is probably in Korea. It’s Songdo:

The developer has plans for 20 more versions of Songdo in China, India, Saudi Arabia, and Qatar.

Here are an article and a video about Songdo.

(I began thinking about these questions after I moderated a conversation with Greg Lindsay, author of Aerotropolis, at the World Affairs Council. The conversation was called “Rethinking the Future of Cities” and you can listen to the podcast here: http://wacsf.vportal.net/). You can buy his book at Amazon.)