Modern Design: The kind you don’t bring home to mother

Who doesn’t like to look at modern design – the sleek lines, the irony, the minimalist clarity.  So cool.  So clean. What Tom Wolfe, in his book From Bauhaus to Our House, called

“ the whiteness & lightness & leanness & cleanness & bareness & sparseness of it all”.

But we have a love/hate relationship with it.

My late Uncle Stanley was an architect and he lived in a modern apartment house in Manhattan. My Aunt Doris and my grandmother lived in the same building. And so did Marcel Breuer; so you know it was modern.  Modern as it was, you’d go up the elevator past the wallpaper of birds and flowers into my grandmother’s Victorian parlor.

Here’s a house my uncle designed in 1960 in Cincinnati. 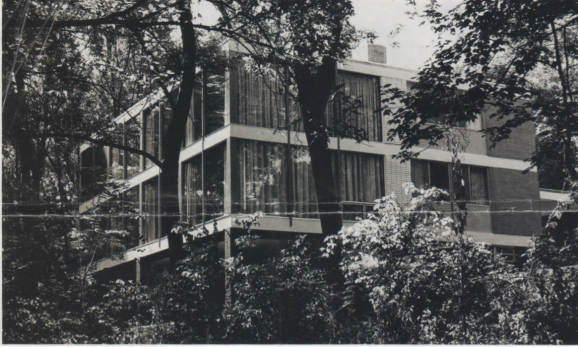 It was even reviewed in Domus, the Italian design and architecture magazine.

Here’s what Lynn Gordon, who grew up in the place, wrote:

“If modernism = minimalism and simplicity, then family = clutter and entropy.”

Her article is entitled, “What Was Dad Thinking?”

“The living room with its cork floor was off-limits for play.”

Many modern homes aren’t really…. domestic. They’re “machines for living”. But who wants to live in a machine?

I remember a dinner party at the home of local modernist architect where the living room was like a doctor’s waiting room.  In East Germany.

An icon of modern architecture is La Maison de Verre, The House of Glass, in Paris by Pierre Chareau. 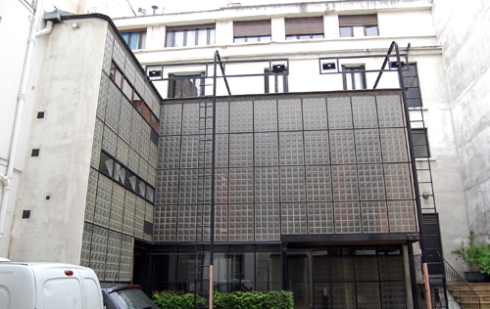 We visited once and met the girl who lived in the house, a descendent of the gynecologist who had commissioned it. She was jumping rope in the courtyard.  In French we asked what it’s like to live there and in French she answered:  “C’est triste”.  “It’s sad”.

For a great source of miserable looking modern design victims, you can’t do any better than the website Unhappy Hipsters  and their book, It’s Lonely in the Modern World. Their team captions photos from Dwell and other design magazines. In their impeccable homes, they all look triste. Sure, these places look beautiful.  But as Rick James sang, they’re not the kind you take home to mother. 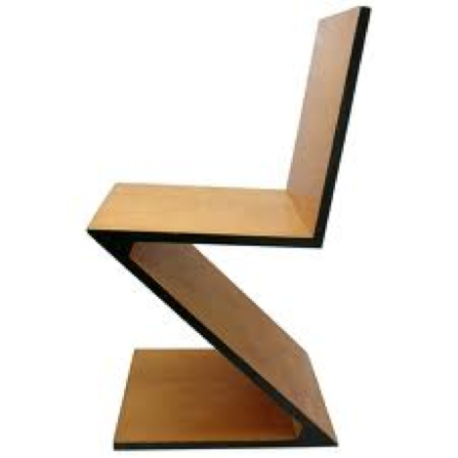 THE KIND YOU DON’T BRING HOME TO MOTHER.

You wouldn’t use the juicer to juice anymore than you would want to linger on this chair.  That’s not what they’re about.  Like so much modern design, they’re to be admired, not used.

But in a pinch, uses can be found: