I bought some art on Hayes Street.

And I do mean on the street: the sidewalk.

Hayes Street was shadowed by a freeway overpass until the 1989 earthquake when the overpass came down.

Before that it was known for open-air prostitution but now it is known for boutiques.  There are three eyeglass stores, three luggage stores, restaurants and wine bars, many shoe and high end sneaker stores, artisanal ice cream and stores for just chocolate and macarons.  There’s even a sake store.

You can buy confections:

Before it was all boutiques there was, among the pioneers, a small Chinese-owned corner grocery store, the kind that makes its margin on junk food, cigarettes, and beer.   And the family that ran it had a little girl who made little paintings on wood in a little studio in the window.

Sometimes when she had enough she’d set up on the sidewalk. She was 10. 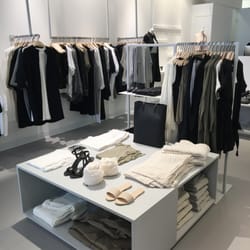 But no more grocery store/art gallery.

The girl must be about 20 now and I hope she is still painting.

Then, just the other day, I was coming home from lunch on Hayes Street when I saw a couple of siding boards leaning against a wall.

I couldn’t tell if they were abandoned trash or samples of paint under consideration for the building, or artworks or what.  Didn’t matter: I thought they were beautiful.

I tucked them under my arm for the 20-minute walk home.

But I only made it half a block before someone yelled “Hey! Where you going with those!” It was a man sitting on the sidewalk in an alley with a shopping cart and buckets of paint and scraps of wood.  He was pretty shaggy.  I’d seen him before on the street,

So I apologized and returned the boards to him.  He barely looked up.

But after a block I came back.  I offered $10. He said OK.  The whole transaction barely interested him.  I interrupted him.  Selling art wasn’t on his mind.

In my apartment the pieces look so different than sitting on a street corner.

Looking at them, you’ve got to do some work.

Someone said they look like the work of Alberto Giacometti:

Or a leg and foot.

Maybe they’d look more like Art hanging on the wall instead of leaning against it, or if they were painted in oil on stretched canvasses.  Or if I told you I’d paid a lot of money or if the artist were famous (or even if I just knew his name).

I don’t know if the painter considers himself an artist or if he thinks of his work as art. I’m pretty sure he wasn’t making pieces to sell.

I’ve made other things out of objects I’ve found on the street.

Here are some paintings I did on trash I found outside the courthouse.

My guess is that they were evidence exhibits from some kind of car crash.

This one I didn’t paint at all.  I like it just the way it is.

Sometimes, with stuff you find on the street it’s best just to leave it as you found it.